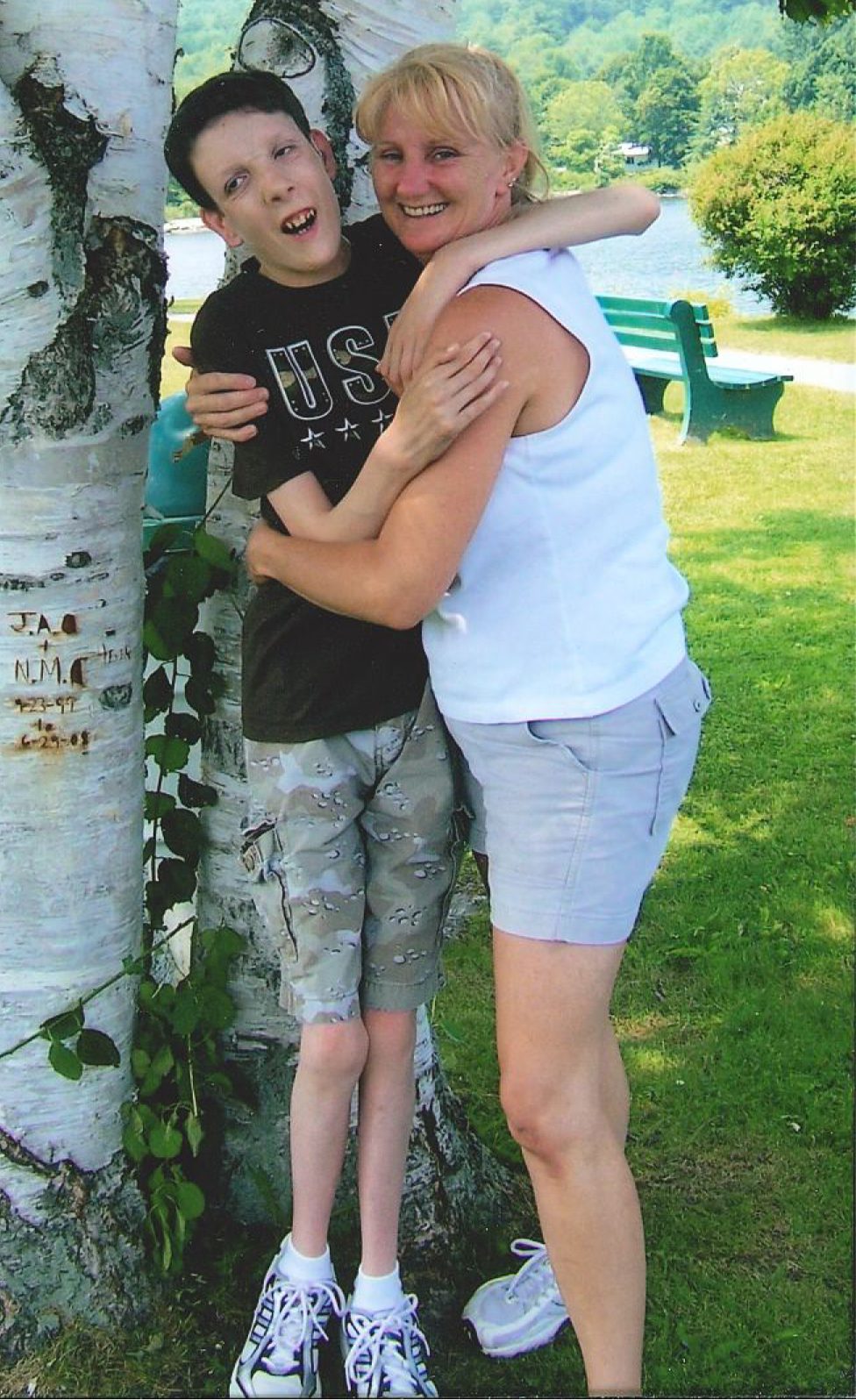 As I packed up our belongings at the Hospice House, I told the staff, “I’ll be back.” Two years later I began working at the very place where I kissed my beautiful 23-year-old son goodbye. I was so moved by our experience; I became determined that one day I would work there.  I learned that hospice is not about dying, it’s about living.

My son, Shawn Boies was born with Partial Trisomy 8, a chromosomal disorder that causes severe birth defects with the developing fetus. I had a very normal pregnancy – no abnormalities were detected until after his birth. When he was born my physician told me that Shawn would not live through the night, and that if he did live he may not be able to talk, walk, or swallow foods. The complexity of his day-to-day care would be challenging. He recommended we consider a long term care facility. As a new mom, what I wanted the most was to take him home.

The determination Shawn and I shared defied all odds. Shawn came home from the hospital and I learned to care for him. He began to show progress. He walked at three years old. He learned sign language very quickly to communicate with us. He went to school and graduated from high school. He laughed. He was silly. He loved iced coffee and going for long rides. He loved his older brother, Ryan, and looked up to him. He was excited to become a first-time uncle. He was a typical kid living an extraordinary, yet complicated life.

Shawn endured over 100 hospitalizations, ranging from treatments to surgeries. Toward the end of his life, he began to tell me ‘no more’. He had made up his mind it was time to stop treatments. The day we arrived at the Androscoggin Hospice House, I didn’t know what to expect. When the ambulance made its way to the entrance, everything went from black and white to color… it was now clear to me the importance of Shawn’s decision. Our family gathered to say goodbye with the familiar sound of the football game on the television, and for the first time I was allowed to be Shawn’s mother – to enjoy the end of our journey together without suffering – in peace.

My work at the Hospice House is a tribute to my son and to all patients.